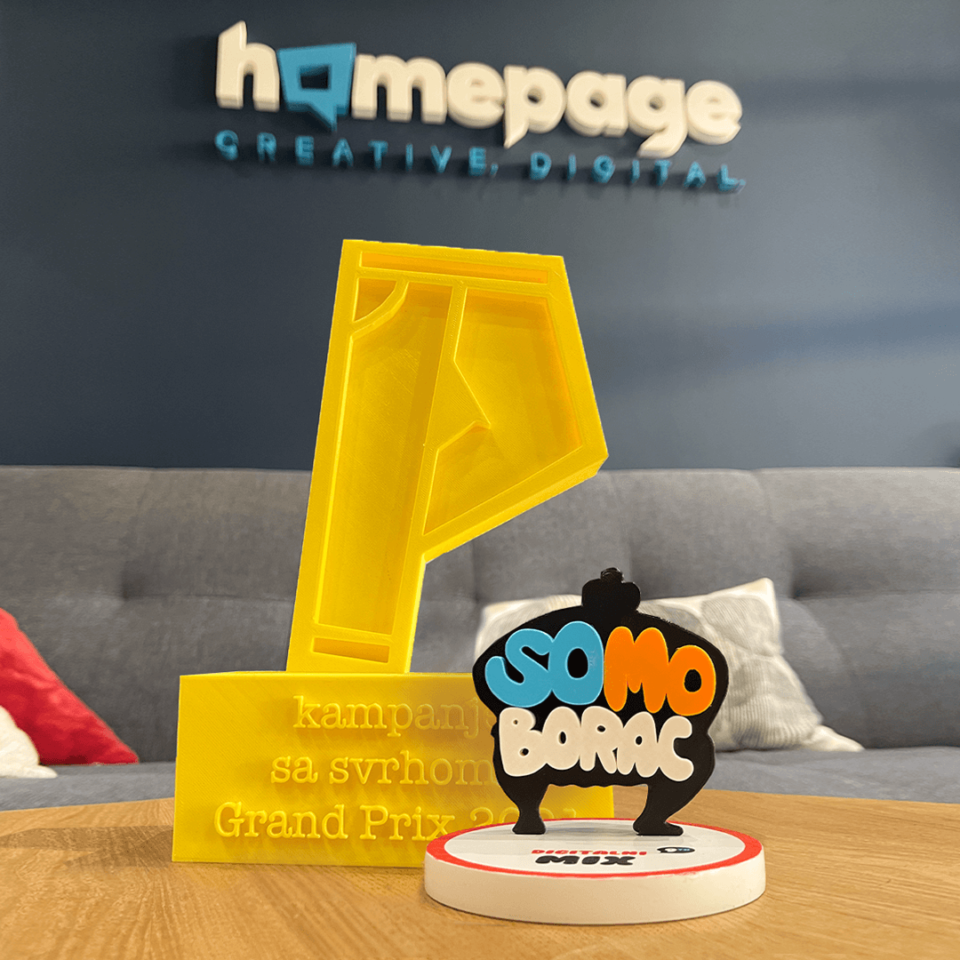 There are gifts under the Christmas tree :)

This 2021 had its own ways of motivating us to be especially diligent. Maybe more than we expected.

But when the year, so to speak, “intensively encourages” you, it can also reward you with beautiful gifts under the Christmas tree.

And so our euphoria began in October. The first to be placed was a small statuette of the SoMo Fighter of the regional marketing competition. That one is especially dear to us because it belongs to the Digital Mix category, in which we entered the finals among 153 works from the entire region.

And then, at the end of November, yellow pants were found under our Christmas tree. The Grand Prix and the proclamation of the Best Socially Responsible Campaign of the Year in the “Campaigns with a Purpose” competition are a great recognition that once again confirmed to us that when something is done with heart and with a lot of effort, results are never lacking.

The silver under the Christmas tree started shining just before the end of the year. The second place and the silver award from UEPS in the category of Health and Beauty, arrived as the final gift for the end of this year.

All these awards and recognitions came for the project – I will not keep quiet, which we developed in cooperation with DOX television. As an agency, we have been proud of this project from the beginning precisely because of the social contribution and the space given to all those people who wanted to talk about the topics they are silent about.

What have we learned?

When you want as many people as possible to hear your message and most importantly to speak for allies, you choose – everything.

The combination of all digital platforms of Facebook, Instagram, website and Google advertising in combination with billboards, television and texts in the print media was the right choice for our most important goal – to encourage all those who should not be silent. And once they spoke, many others let out a voice. And that noise is our biggest gift with which we end this year.

10+1 Reasons to Hire a Creative Digital Agency in Serbia