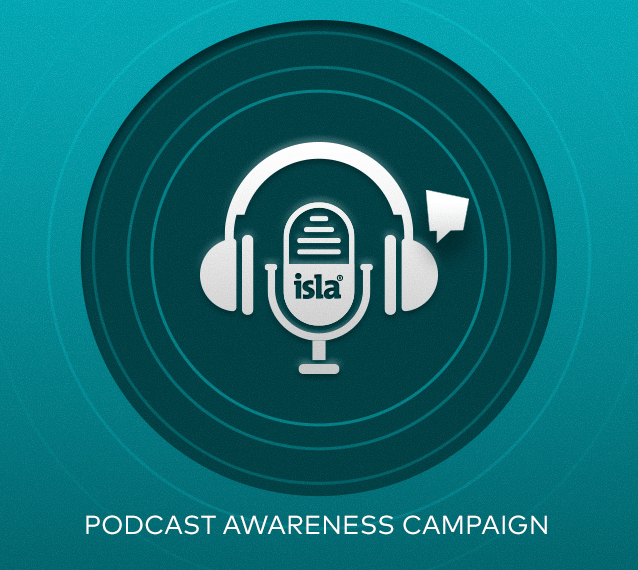 Brand isla® has a range of products that are intended for a very wide target group, so it was necessary to advertise them on various communication channels as part of the awareness campaign. The client's proposal was to sponsor a podcast, in order to reach as many people of different interests and age groups as possible.

In response to the brief, we suggested collaboration with Agelast and Pojačalo podcast. In addition to the fact that these are currently the two most popular podcasts in Serbia, we have proposed them due to the difference in the topics they deal with. This allowed us to convey the message not only to a large number of people, but also to different target groups, bearing in mind that the Agelast podcast deals with various social and cultural topics, while the Pojačalo podcast is oriented towards entrepreneurship. We saw the collaboration by sponsoring two episodes of each podcasts, where the authors (hosts), mentioned isla® lozenges as a sponsor at the beginning of the episode and briefly introduced them to their audience.

The visibility of the brand was also achieved through product placement in the scenography itself during episodes shown on video platforms, among which YouTube stands out. Bearing in mind that a large part of the audience follows the podcast via audio platforms, the hosts represented the sponsors of the episode in the first minutes, when the number of listeners is the largest. Another reason why we saw cooperation with podcasts as a good solution for presenting to a wider target group is the fact that the specific purpose of the product does not necessarily have to be related to the topic of the episode, but we can still convey a specific message and expand brand awareness. It is important to emphasize that the brand that sponsors the episode, due to the very nature of this format, does not affect the concept of the show, but naturally fits when the opportunity is mentioned during the conversation, for which there was room in this case as well.

The episodes in which we realized the cooperation were published on video and audio platforms during the second part of January and the beginning of February. In addition, the authors shared their experience with isla® lozenges through a short series of Instagram stories, where they also invited followers to watch podcast episodes and spread brand awareness among their Instagram audiences.

Podcast episodes that were realized in collaboration with the brand isla® currently have a total of 360 thousand views on YouTube, while the number of listens on audio platforms is almost 40 thousand. Thanks to the interesting topics of individual episodes, we were able to approach and present the client's brand to a wide target group, which follows this modern format, and thus achieve the goal of the campaign. You can watch all four podcast episodes below: