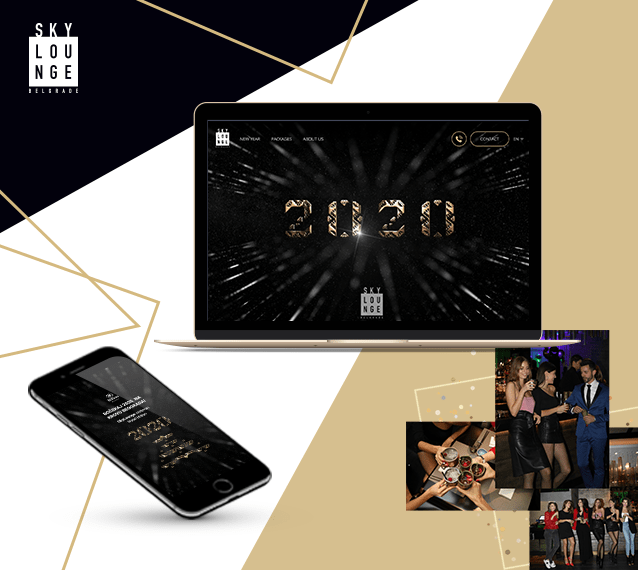 In the SkyLounge bar, an extended and uniquely branded part of the Hilton hotel, an exclusive New Year’s Eve was planned. Program, menu and modern artists were selected and adjusted to the roof space of the brand new hotel with modern architecture and a fantastic view on Slavia square and New Belgrade. All of that determined the target group and the communication approach toward it - through attractive posts and clear call-to-actions adjusted to mobile devices. The goal was clear - to lease the entire club space.

After detailed research of the buyer persona and concerning our goal, we set a campaign plan. The landing page was in the centre of digital appearance, with a 360 approach and a broad spectrum of different GDN, Facebook and Instagram ad formats driving traffic toward it. In phase 1 of the campaign, with a clear goal set and a defined target group, we created a custom audience. Following that, in the next two weeks, we have also set a call-to-action campaign.

The campaign, under the name “New Year’s Eve you deserve”, was executed in all countries of the region: Serbia, Croatia, Bosnia and Herzegovina, Montenegro and Macedonia. Visitors of the landing page had the option to book their seat through the contact form or a direct call from the page. We generated a total of 82 phone calls and 93 messages which resulted in a sold-out event 10 days before the due date.

The whole project is available here.

Read more about landing pages, their role and importance on our blog.