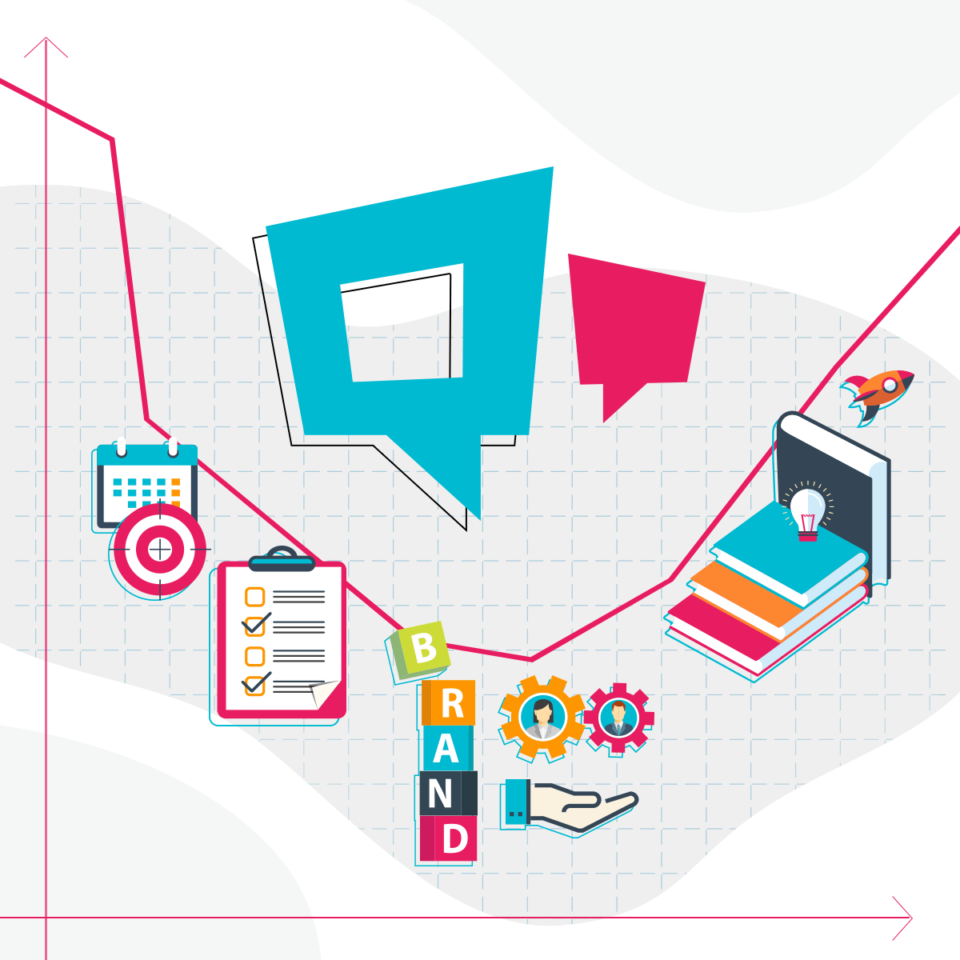 Should We Decrease Marketing Activities in Times of Crisis?

A giant airliner, the biggest in its class, calmly glided at the highest possible altitude in the sky, far above any competition. The pilot observed the control board, which displayed optimal performance across the board. They were venturing beyond the clouds, all alone in a place they ascended to thanks to their competence and skills, as well as prolonged labor of the mighty engines. The surrounding airspace was calm, the sun fondled them with golden rays, and the air currents supported their advance to the desired destination. They were approaching it faster than the flight itinerary specified, so the pilot decided to give the machine and the crew a break. Why spend that expensive kerosene to power the engines when they tower over other airline companies and are ahead of schedule too? He shut down the kerosene influx to the engines and initiated the autopilot mode.

Even the plane of this size is designed according to the principles of aerodynamics. It can successfully glide with its imposing wings, propelled by inertia, which truth be told, is dependent on the expenditure of kerosene and engine performance. When the engines are off, the plane drifts through the air like a glider aircraft. It can’t come to a halt or fall to the ground like a stone. It simply moved along the trajectory, slowly and silently, losing altitude and speed gradually. That wasn’t overly important at the time— they had the advantage, after all.

Where do we make mistakes when things are going well?

The pilot sat back comfortably in the seat, content with how the flight has gone so far. The autopilot was doing its work, and it could tell him if they were where they are supposed to be. It can also remind him to supply the engines with fuel, control them, and complete the mission safely. Alas, that is when something unforeseen occurred.

A small oversight in calibrating the autopilot has led to ill-timed wake-up alarm. The crew was brought back from slumber in a moment when the plane was dangerously close to the ground. Autopilot’s signal got mixed up with the wheezing of the alarm system, which warned the crew of the quickly- approaching landing. The pilot jumped at the sound of the alarm and injected a large quantity of kerosene to one engine, managing to fire it up. At the same time, he attempted to switch to full throttle, panicking in the face of disaster. He did this best to pull himself together and diverted attention to one remaining engine. While the panic was fading away and the alarm was still screaming and the ground was growing ever closer, the pilot acted as per the standard procedure. He increased the fuel intake and powered the other engine. Everything seemed fine: the engine was working, and he could go full throttle, pointing the nose of the plane up, toward safe altitude. For a moment, the pilot had a chance to relax, as the catastrophe was apparently behind them. But, then the collision alarm went off, and the pilot felt the strong impact far behind him. The terrifying sound of metal crumbling filled the air, mixed with desperate screams of the passengers. The tail of the plain didn’t survive the brush with the ground. The dwindling strength of the insufficiently supplied engine, which was turned on too late, wasn’t enough to prevent the inevitable. The plane touched the ground and crashed down in an infernal doom.

The fatal mistake was the result of a couple of things. First was the complacency that emerges when one achieves a favorable position, which comes through hard work and investment. The second was the notion that fuel supply scrap was feasible, the notion that was related to misjudging the implications of the plane’s size, which warrants continuous engine run, and in the cases of turbulence, even extra duty.

This story, which could take place in real life, I saw on the five-slide presentation on the Slide Share account of the Ogilvy agency in 2008. Back then, the last big economic crisis was starting to show its true colors. The giant plane is an allegory for modern corporations, and the dormant engines represent marketing activities. Switched-off kerosene supply corresponds to the cutting of marketing costs, while the autopilot error echoes any type of oversight that is made when we need to restart the marketing engines. The result of error doesn’t have to be a fiasco. But, as you’ve seen the turned-off engines and reduced kerosene supply enabled the plane to remain airborne. The only problem is that it was losing altitude at the same time. In marketing terms, this translates to the prospect of losing a competitive advantage. Yes, you may be able to avert the utter disaster. Still, all the effort and other resources you have to invest in reclaiming the place of former glory are disproportionately more significant than those you would have to invest in maintaining that position. The second scenario also has another advantage: it lets you reach new heights from time to time.

Marketing isn’t just some expenditure. It is, alongside production and management, the most important investment one can make in the company. It fosters the conditions necessary for us to deliver added value. Forgoing it, even in jolly good times, when it seems you can’t lose your leading position, turns out to be a horrible decision more often than not. Perhaps you will save the nose of the plane, but you could hit the ground with the tale instead. The consequences of this event are immense.

What to do when things go south?

In a period of crisis, the first and quite prudent move of management is to enforce tighter control and cost trimming. When assessing what is important and figuring out whether the plane can run without its wings, crew, or engines, often the decision is to sacrifice the engines or at least reduce the fuel expenditure. In other words, one resorts to decreasing or stopping marketing investment. This move can seem like a no-brainer, but we should recall the sentence: “Reducing marketing spending will, in most cases, only make a bad financial situation worse”. You can find it in this article.

I already covered the topic of crisis. On one level, they affect only you, and in most instances, you can brace yourself for impact well, given enough time. A crisis is a period in which we are dwarfed by the forces that exceed our best capabilities. It can be a war, natural disasters, migrant pressures, global pandemics, etc. Many are the phenomena that arise and develop beyond our ability to influence them. The main question is how adept and wise we are to make good use of our present capacitates. This is tied to decisions we make while managing our business or company during times of crisis.

Imagine a crisis as a violent storm that planes encounter on their routes. We have to pass through them with our aircrafts, our business organization and the sector of marketing as a whole. Would the pilot in our position shut off the engines and put himself at the mercy of the storm? Of course not— quite the contrary. He would ramp up the influx of kerosene to the engines in order to overcome the obstacle. In this metaphor, engines are marketing campaigns and kerosene their fuel, the budgets. Without the power of the marketing engines, we remain an empty shell that can levitate for a while, but then gets thrown around and slammed to the ground.

Be well, protect yourself and the others

Homepagers have arranged their work in response to measures implemented by the authorities and recommendations from credible sources. Our piece of advice is: take care of yourself and the others. Business must go on, and in order to ensure this, we’re preparing some new and exciting projects. Stay tuned!

Preparation is Half the Battle

The Importance of Knowing Your Customer: What is a Buyer Persona?