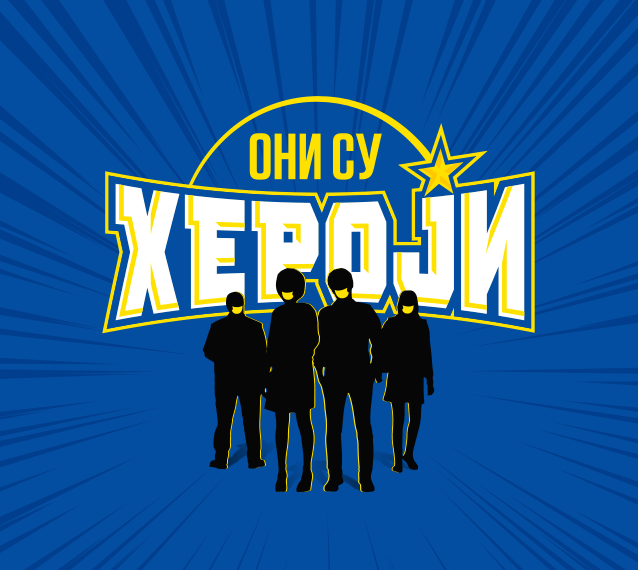 They are Heroes – Awarded COVID-19 campaign

The Delegation of the European Union to the Republic of Serbia

The Delegation of the European Union to the Republic of Serbia decided to draw attention to the heroes who showed courage and helped others during the coronavirus pandemic, and to include the whole community in that process.

We have launched an award competition: Oni su heroji (eng. They are heroes) at a specially created online platform through which all people from Serbia could nominate their heroes with a photo and a short explanation why that person is their hero, or the hero of all of us.

The wider community had the opportunity to participate in the competition, not only by nominating heroes, but also by voting on the competition platform and sharing campaign content via social media.

After almost two months from the beginning of the campaign and more than 100 applications, the Delegation of the EU to Serbia, together with Air Serbia awarded the 15 heroes that gained the largest number of votes on the website, with a set of airline tickets to EU countries.

The campaign was recognized by professional public, and awarded by the Serbian Public Relations Association, in the category of Communication in the non-profit sector.

Here you can see more about the project.