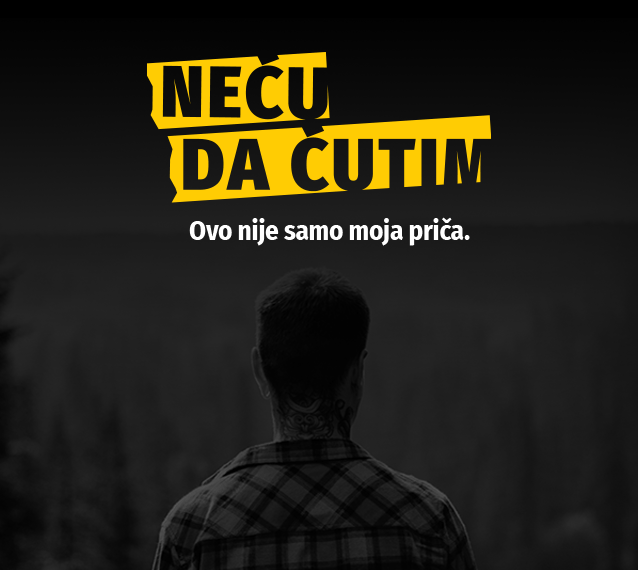 I Will Not Be Quiet Integrated Campaign

DOX TV is a television dedicated to showing short and feature-length documentaries that focus on stories of human interest. The client’s idea was to create a project that will reflect their values and keep the audience involved in the creation process, while at the same time breaking taboos and reducing prejudice that are characteristic for this area.

The idea was conceived by the client, and the success of it came as a result of the client’s involvement in everyday work on the project and the amazing collaboration between the client’s and the agency’s teams.

DOX TV developed a project titled I Will Not Be Quiet in Serbia, with the aim of encouraging people to speak about their personal experiences via video messages. These experiences involved any type of preconceived notions that are a part of a systemic problem. The agency supported the project in various ways. We were in charge of finding and recording the stories, preparing offline communication and digital campaign, as well as preparing and running a Google campaign. Also, we launched a website, which was the cornerstone of the project, where the participants could later post their stories for those who were interested to see them.

The stories were recorded in the studio and shown on cable television to encourage the participants to post them on the website by themselves.

We applied the same creative direction to the offline part of the campaign, through the preparation of billboard content and merchandise, including sweatshirts, stickers, and badges.

The success of this campaign can be seen in the amazing public response it received. During the campaign, 31 stories were shared, some of them being so inspiring that they caught the attention of some well-known media companies, which interviewed some of the participants. The participants shared not only their own stories, but also other stories they liked, which led to them becoming brand ambassadors of the project and DOX TV as one of the campaign’s creator.

During the first month of the campaign, the stories were viewed from beginning to end 27,000 times, with a total of almost 100,000 views. Due to the client’s continued dedication and recognition of digital communication channels as powerful tools for reaching the target audience, great results were achieved on social media as well. The project’s Instagram page gained over 6,000 followers, while its Facebook page was followed by over 13,000 people.

Learn more about the project here.