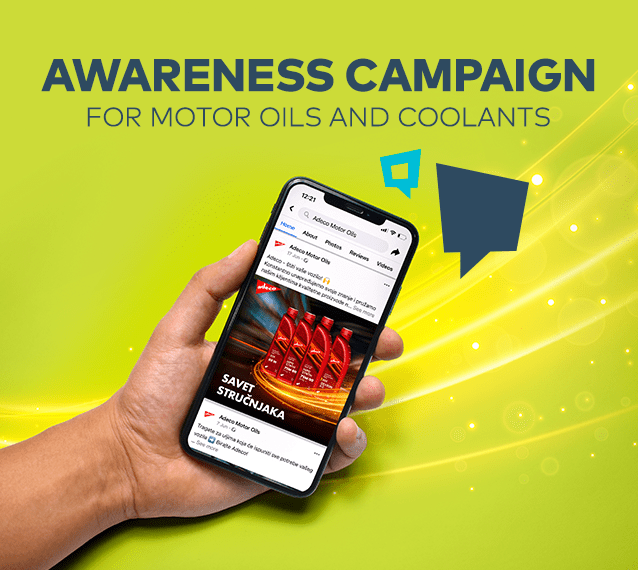 Adeco is a manufacturer of motor oils from Novi Sad that has been operating successfully for more than 30 years. The need to promote it also on digital became apparent, in order to raise awareness of Adeco products and their quality - as evidenced by numerous certificates and confirmations from the automotive industry, and a network of satisfied customers expanding for more than three decades.

We launched an awareness campaign on the Facebook advertising platform based on the presentation of the Adeco portfolio of motor oils and their performance, but also coolants and antifreeze - insisting on the educational aspect of the content as a form of added value for potential users.
The Google smart campaign was also part of the media plan, which really started to give results continuously.
In addition to the two main carriers of the campaign, part of the creative and advertising budget was directed to other categories of Adeco products that were seasonally relevant - lawnmower oils, transmission oils, etc.

​​After the first four months of the awareness campaign, its consequent impact on the increase in sales at the points of sale throughout the country was observed, through a total increase in sales of 15%. Viewed individually by the campaign, those increases were 20% for the antifreeze category or 7% for Adeco motor oils.